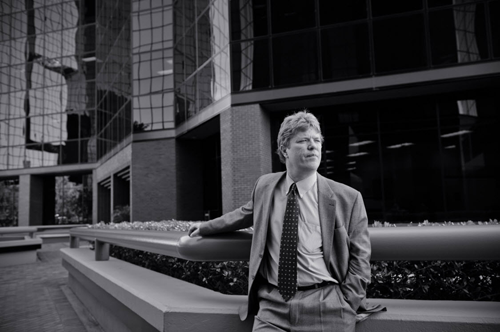 White & Associates is an American law firm founded in 1993 by Kenneth White, an honors graduate of the George Washington University National Law Center in Washington, D. C. Mr. White, who has worked in all three branches of the U. S. government, including the State and Commerce Departments, U. S. Congress, and District of Columbia Superior Court, is licensed by the State of Pennsylvania and the District of Columbia and is a member of the D. C. and 9th Circuit Courts of Appeals and D. C. District Court bars.

Mr. White is fluent in the Russian language; has conducted several seminars on immigration and business topics; and is the author of the books U. S. Nonimmigrant Visas (available on Amazon. com) and U. S. Immigration and Citizenship. He also has written dozens of immigration-related articles, including “Challenging a Finding of Inadmissibility”, “7 Visa Interviews = 1 Visa”, “(In)Voluntary Statements of Visa Applicants at US Consular Posts in India — Are US Consular Officers Engaging in Unethical and Unlawful Conduct?”, “Lagosland — US Visa Odyssey of a Nigerian Student”, “Bait-and-Switch: USCIS-Style”, “Bait-and-Switch: Department of State-Style”, “Hadi Deeb: Tsar-Consul of Uzbekistan”.

Mr. White has been a member of the American Immigration Lawyers Association since 1994. He has been the go-to person for AILA and other immigration lawyers on the topic of Section 214(b): his articles on the “Top 25 Reasons for an INA 214(b) Denial” have been published in AILA’s The Consular Practice Handbook (2nd, 3rd, and 4th Ed.) He has been recognized by Who’s Who Legal: Corporate Immigration for the years 2014–2020. Mr. White has been interviewed by the BBC, the Wall Street Journal, and the Moscow Times. One of his cases was profiled by the Wall Street Journal and the Editorial Board of the Washington Post. He is also a member of the Association to Invest in USA, and has written EB-5 articles for AILA’s Guide Immigration Options for Investors and Entrepreneurs.

Mr. White initially acquired his consular expertise as a long-time resident of Moscow, Russia, where he had a successful US consular practice, resolving complicated visa issues, overcoming prior visa rejections and ineligibilities, as well as securing waivers on behalf of clients. He has sued the US Embassy in Moscow, ensuring changes in its processing of DV Lottery applications after the Lotterygate scandal, and securing a court order directing it to make a visa decision expeditiously on an application pending for more than three years. He has filed a Discrimination Complaint against the US Embassy in Tashkent with the Office of Inspector General at the Department of State, prompting changes in practices and personnel at the embassy. Mr. White has traveled to thirty five countries and represented clients at more than forty embassies and consulates around the world.

Mrs. S, a green card holder, was located outside the United States for more than one year because her mother was very sick. We assisted her in her application for a SB-1 Returning Resident Visa. After the visa was granted, she was able to reenter the US and join her two children.